Los Rakas Collaborate With the Legendary New Wave Pioneers On “I Screwed Up” For Blondie’s New Album “Ghosts of the Download” – Part Of Their Two-Disc 40th Anniversary Release: “Blondie 4(0) Ever” – OUT NOW!

“To say Blondie’s first album in three years, Blondie 4(0) Ever, is wildly eclectic is a pretty huge understatement… ‘I Screwed Up,’ a smooth dem bow apology supplemented by Spanish-language rapping from Oakland duo Los Rakas, is of the most striking and unexpected tracks on the record.”
– ROLLING STONE

[HEAR THE ALBUM ON SPOTIFY NOW]

In A Time When Capital Punishment Is Again In the Public Spotlight, Los Rakas’ Single And Video “Sueño Americano” Takes a Hard Look at the Story of a Frustrated Young Immigrant And Cold Realities Of The American Dream.

“a fierce meditation and smoldering indictment on the travails of leaving home for El Norte…You feel the ache of every traveler that’s left part of their heart in the old country …the beautiful and devastating “Sueño Americano” is powerful, glossy, and explicit… detailing the dark irony that after immigrants sacrifice and struggle to reach the ‘land of the free,’ they find themselves being funneled into lives of crime, poverty, drug addiction, or incarceration.” 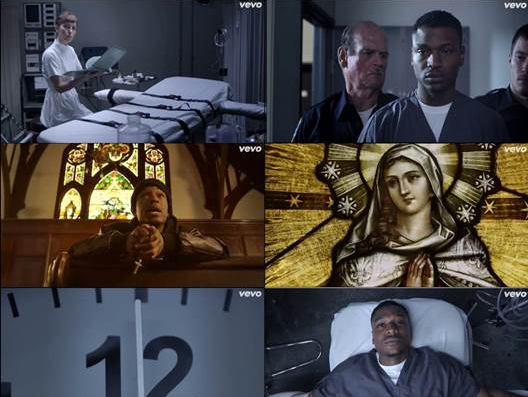 “Representing Oakland and Panama, Latino and pan-African, immigrants to the US and inner city youth, rap and reggae en español, stoners and lovers … the album that Los Rakas fans have been expecting.

It is overtly political, grounded in hip-hop sensibilities …As the album progresses, you start to really feel the ache of every traveler that’s left part of their heart in the old country. …the beautiful and devastating “Sueño Americano” is the song (and video) Los Rakas were born to put into the world.

Powerful, glossy, and explicit, “Sueño Americano” details the dark irony that after immigrants sacrifice and struggle to reach the “land of the free,” they find themselves being funneled into lives of crime, poverty, drug addiction, or incarceration.

…and because Los Rakas are speaking to such an underrepresented subset of American youth, it gives hope and purpose at a level that popular music rarely achieves.  [Another] highlight, “Africana,” glitters. With a “Black Is Beautiful” message and a vintage Shaggy-like feel, it’s the Los Rakas song that would top the Billboard Hot 100 in a perfect world.” – MTV Iggy

“If you’re going to listen to anyone about how broken the U.S. immigration system is, it may as well be Oakland duo Los Rakas. Cousins Raka Rich and Raka Dun should know: They emigrated here from Panama, and, though they’ve risen quickly in the world of Spanish-language hip-hop and R&B, they haven’t forgotten their roots. The first single off of El Negrito Dun Dun & Ricardo, their recent major-label debut album, is called ‘Sueño Americano,’ and it’s a fierce meditation on the travails of leaving home for El Norte, and all the ways the journey can end in tears, or worse: ‘The rent is high, the law is bad — without papers, you’re nothing,’ they sing. …Their new album blends this smoldering indictment with romantic R&B and smooth, buoyant rap.” – SF Weekly

“[Los Rakas] are Latino music tastemakers…  It’s tempting to compare Los Rakas’ new record to Outkast’s ‘Speakerboxxx/The Love Below’ …Like the best and most classic hip-hop, El Negrito Dun Dun & Ricardo gives us macro world views of micro communities, connecting what they see with their eyes and whatever ambitions and fantasies they want to fulfill…. ‘Sueño Americano’ tackles immigrant reality in the U.S., brought forth by sober guitars and superb production.” – Remezcla

“Latin America’s love affair with the urbano and Latin hip hop genres shows no sign of letting up, so Los Rakas couldn’t have picked a better time to release their major label debut album. ‘El Negrito Dun Dun & Ricardo’ contains 14-tracks of the trademark-for-those-in-the-know ‘Raka’ sound—plena- and reggae- infused hip-hop with a global bass edge. … They take their name from the Panamanian word “Rakataka, ” long a slur used to describe someone from the ghetto. The duo ‘reclaim’ the term into a proudly touted badge for cultural rebels ‘looking to inspire and embolden fellow ‘Rakas’ to become successful despite their circumstances.’ In fact, one of my favorite tracks on the album, Dun’s ‘Sueno Americano,’ is an apt track for the immigration debate occurring in the States these days.  Now with the backing of a label, they will continue to carve a lane as pioneering, fearless creators without a set genre or cultural identification limitation.” – Sounds and Colors

Get El Negrito Dun Dun & Ricardo at iTunes or Amazon