It’s been a minute since I’ve sent one of my email blast recaps. Can’t tell you how much it touches me when someone tells me they dig the voice in these letters. It’s all from the heart, all this work, which is evolving and I’m working to articulate. We are in transitional times with digital rebels [both behind the screen and AFK: away from keyboard] everywhere redefining the idea of “work” and asserting their voices to rebalance the whole shit. But I finally gave it a try to try to describe what I’m doing and the aim:

So, then: What is this newsletter about & why is it so damn long?
It’s a remix. A recap of the work I’m doing on the artist development side but also – to borrow from Jason Hirschorn – I am DJing the internet but from my urban/mutant/transnational/digital/global/poderosa/kid-of-immigrant view as a Loca [with a capital L, feel me?] in the biz of culture. You can just peep my work, scroll thru casually or you can dig deeper into the links I provide and music I’m feeling – UP TO YOU!Oh yeah, Remezcla asked some folks on the scene like Bodega Bamz and Bocafloja about their “Best of 2013” — peep my picks by clicking on my mouth! 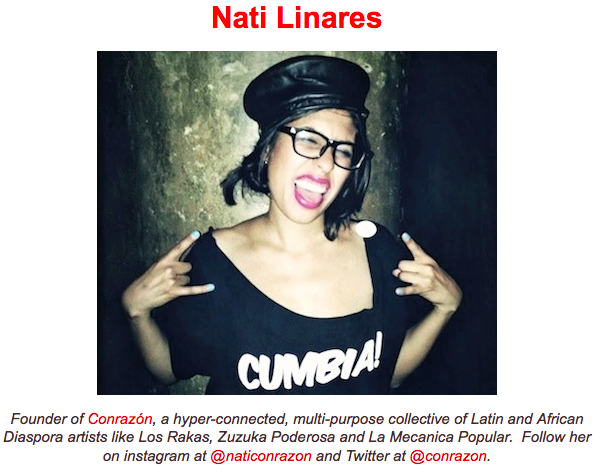 [Los Rakas] | @LosRakas on Twitter
The guys celebrated their 7th Anniversary in November [fotos by Raka Pitufo]…I had a chance to witness the sold out show in Oakland with my own eyes. 65% women, diverse on all sides [generational, ethnic], and most important? The show was lit and the guys did an amazing job with 3 different DJs. A Raka is a rebel. December was major for Raka Rich & Raka Dun, returning home to Panama after 12 years to a warm welcome with great coverage in major nationwide papers like El Siglo and TV interviews like national Panamanian TV show, La Cascara. The guys also played the “I Love Hip Hop” festival in Mexico City [fotos by Raka Pitufo] and hosted a Meet & Greet in the city. Check out a playlist they made for Mexican indie music blog, 8106.tv. After rocking with Mos Def this past weekend and preparing for a big New Year’s Eve show with reggae artist J Boog, the guys will unleash music in a major way this Spring and tour nationally as well [tour dates here].

Zuzuka Poderosa | @ZuzukaPoderosa on Twitter
This post – #Psicodelia Europe: The Party Catch A Fire in the Ghetto! – recaps Zuzuka & Nego Mozambique’s Scandinavian & Spain November tour. The duo has lots of music up their sleeve for 2014. Their past collabs resulted in some of my favorite songs from Zuzuka – ‘Psicodelia’ {Nego Mozambique Remix} and ‘Celular‘ – which was featured in the CBS show ‘Elementary’ earlier this month. Zuzuka was also featured on Brazilian national TV last month alongside huge Brazilian Popstar, Gaby Amarantos for the show ‘Gaby Gringa’ and also spoke about being a Brazilian out in the diaspora for O Globo’s ‘Planeta Brasil‘. Check out Zuzuka’s Soundcloud for her 2013 singles [like another fav and global feminista anthem, “Goodah” featuring Gnucci Banana & Jasmine Solano] and her Carioca Bass EP with Kush Arora.

[La Mecanica Popular] | @LaMecanicaSalsa on Twitter
Connecting the roots, rhythms & future possibilities of tropical music, psychedelic salsa group La Mecanica Popular released their full length, self-titled debut last month on Brooklyn label, Names You Can Trust. Cop the GORGEOUS vinyl or get it on iTunes. The Washington Post called it “an enchanting album,” plus it’s made some great end-of-year lists (like Remezcla‘s) and the group performed on KEXP for a live session earlier this month [hear it here]. They have fans like Juanes, Bobbito Garcia, Gilles Peterson and Quantic.  If you’re in NYC, don’t miss the band live during APAP on January 11th at Drom for the Electric Cowbell & Barbes Showcase. 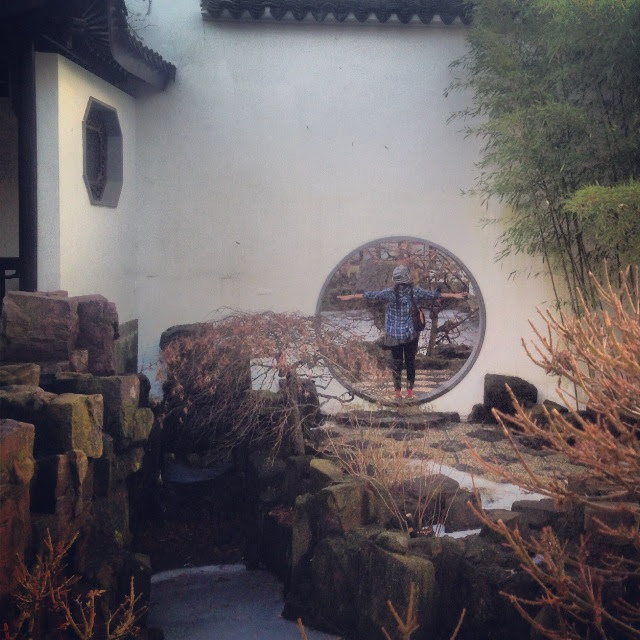