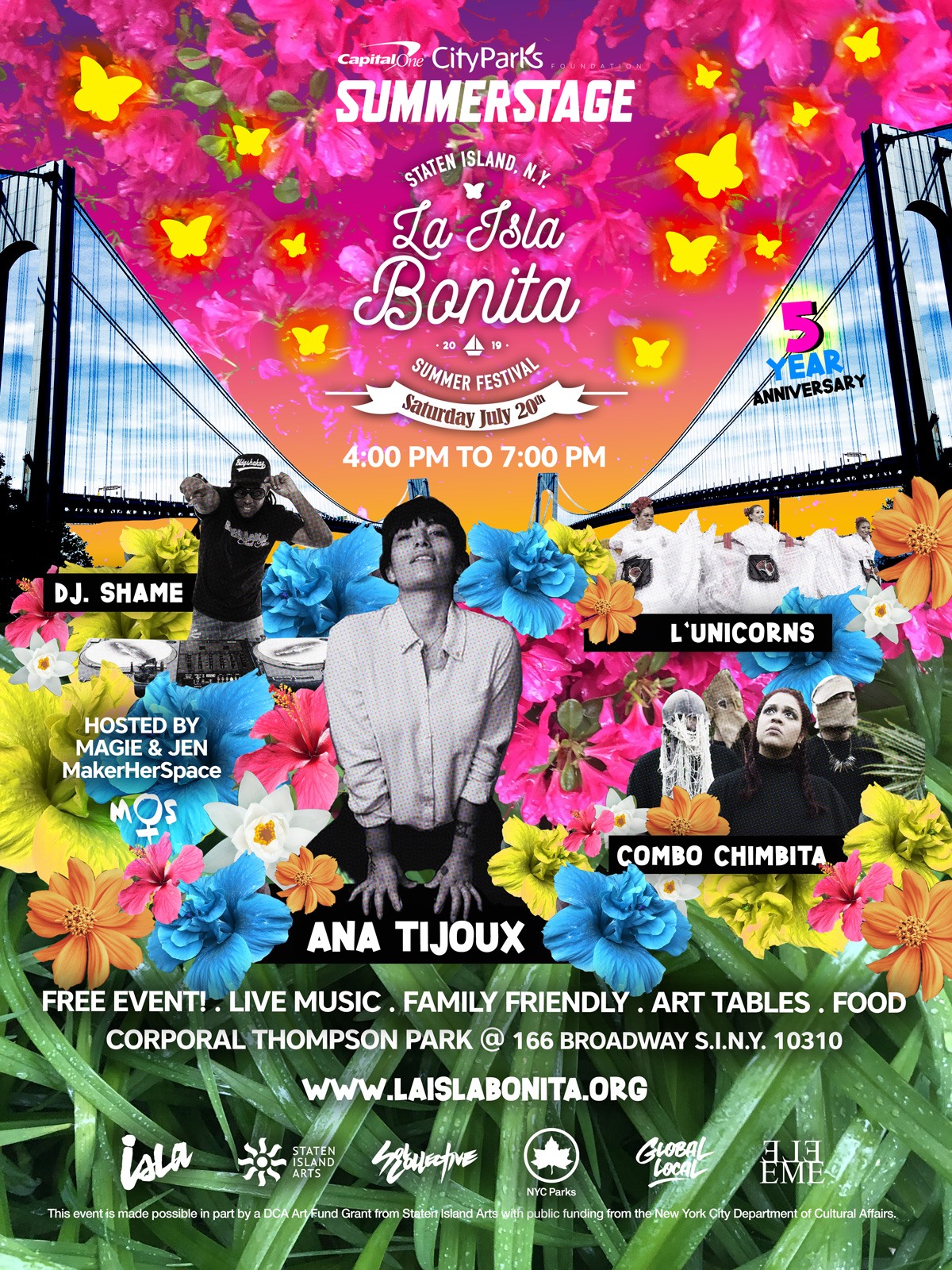 (Please note: The 2019 La Isla Bonita Festival was canceled due to the NYC Mayor’s Declaration of a heatwave in NYC on July 20th. See the full note from the festival organizers, here!)

La Isla Bonita Festival (with SummerStage) is back and celebrating 5 years of local and global arts, culture and activism on Staten Island! Learn more: www.islabonita.org.

“People don’t think Staten Island is beautiful, but we want to celebrate the beauty that is here, in ourselves, our friendships and our community relationships. The ultimate goal for all of us is to create something that reflects us.” – Festival co-founder Nati Conrazon of Staten Isla
“There are so many issues that everyone else is talking about — fights between people, racism, social justice issues. The festival is showing that even if we are different, we’re in the same place. This is the perfect example of getting together and improving something.” – Festival co-founder Lina Montoya of LMP Project
“We need more events like this because it gives us motivation. It shows us why we’re doing what we’re doing. We want every day to look like this!” – Festival attendee, Krystal Sanchez