THIS IS WHAT HAPPENED LAST YEAR in Austin-conrazonlandia.  No lie, I found a ride on craigslist rideshare the night before from LA to Austin {hi friends!}; all odds were against me and there was nothing in my pocket.  Madness with Bomba Estereo ensued with them rocking The FADER FORT (too bad there’s not 1 Latin act on their roster this year; cue the ::Shame On You:: music).  Then I defended Tina Weymouth of Tom Tom Club from bigot cops.  But most importantly, I met so many new friends.  The year before I was with Nacional Records stapling posters around town, organizing a kick ass volunteer network and getting a sense of the town.  Both years were such huge learning experiences and last year was a major turning point.  So it’s only natural that I’m: EXCITED TO GO BACK.

So this is where I’ll be during the madness that is SXSW – with Los Rakas & Zuzuka Poderosa.  If you see me in a white RAKA NATI hat or sashaying down 6th Street with a crazy Brazilian chic named LA PODEROSA:  say hi!  …And DO NOT miss these showcases:

‘Los Rakas are building a serious reputation for themselves by mixing the rhythms of reggae and Caribbean dancehall with ferocious, bilingual, emcee-devouring microphone skills.’ – MTV

“One thing is sure: At this rate of growth, Los Rakas are on their way to doing big things.” – NPR

“Oakland-based Raka Dun and Raka Rich represent some of the best in Spanish-language rap coming out of the US, with a classic flow married to beats that draw from dancehall, future bass and good ol’-fashioned boom-bap.” – AOL SPINNER 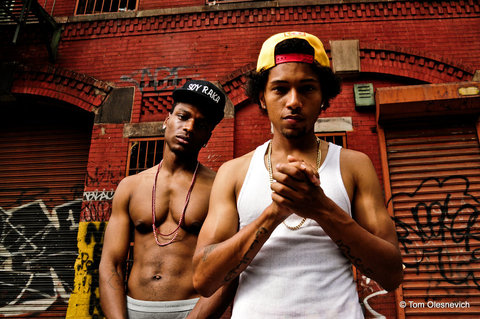 Last year was a flagship year for the group, winning the 2010 Latin Alternative Music Conference’s Jack Daniel’s ‘Discovery Artist’ prize in New York City (an award that goes to the most promising group at the conference and the first time awarded to an urban group), with endorsements from Gibson Guitar and SHURE; culminating with their breakout performance at The Bowery Ballroom with a 6 piece band. They have also rocked alongside artists like Outkast, Cypress Hill (at 2010’s Guerilla Union’s Smoke Out Festival in San Bernadino, CA), Ice Cube, The Roots Mos Def, Talib Kweli, E40, Pharaoh Monch, Fat Joe, Brother Ali, The Grouch, Collie Buddz (who the group is on tour with in 2011) and others.

Tastemakers like the FADER, XLR8R, Okayplayer to more traditional outlets like The New York Times, NPR & National Geographic have hailed the group.  Their hit summer single, ‘Abrazame’ ft Favi (Uproot Andy Hold Yuh) {a latin take on the Gyptian ‘Hold Yuh’ smash} as well as recent single, ‘Kalle’ and ‘Hip Hop’ is currently in rotation at 106 KMEL (San Francisco) and La Mega 97.9 (New York) and spreading fast all over the web.  The future is bright for this young duo.

ZUZUKA PODEROSA @ SXSW 2011
“Not only is she bringing her own brand of the hot Brazilian underground sound to the rest of the world, but from her international vantage point she operates like a provocatively rhyming hurricane, sucking up global riddims from ghettotech to dancehall and flinging them back out at gale-force speeds.” – MTV
NPR ‘Spotlight’ Artist: http://www.npr.org/blogs/altlatino/2011/02/11/133690407/spotlight-on-zuzuka-poderosa
PRI’s The World: http://www.theworld.org/2011/01/zuzuka-poderosa-baile-funk 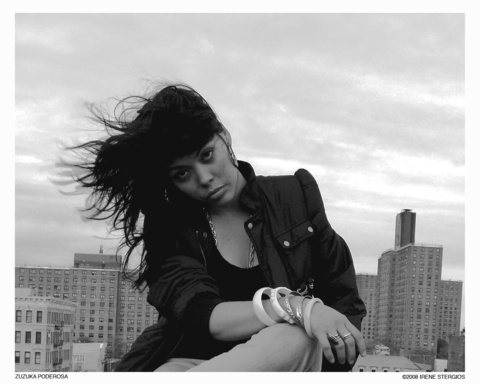 8:50PM Brenmar
9:30PM – Starks & Nacey
10:20PM – Dre Skull
11:00PM – Toy Selectah
11:45PM – Zuzuka Poderosa
12:15AM – DJ Sabo
12:45AM – Nadastrom
Zuzuka Poderosa is the new queen warrior of her own special brand of baile funk. Funk carioca, which originates from the favelas of Rio de Janeiro and borrowed heavily from Miami bass, is just the starting place of her sound.   Born in Vitoria, Brazil, Zuzuka grew up in Rio, with her formative years spent in the West Indies.  She later moved to Brooklyn, NYC to study jazz vocal improvisation and work at her poetry. For the past few years, she’s been building up the underground baile funk scene in New York as a DJ, host and bartender.  Currently working on her debut EP, she collaborates with producers from all over the world who mix the past with the future in sur americal-cosmic new ways.  She raps and sings in Portuguese, Spanish and English, musing provocatively and sarcastically over boomy electric kick drums or Latin percussions (or both at the same time!)  She makes Carioca Bass music. ‘Interracial Music Babies’ all her own.  Her sound is fierce and fun, conjuring images of hot summer dance parties on gritty Brooklyn rooftops or up in the hills overlooking the sea.