Last week brought me to Brazil, where I was lucky enough to be invited to the Feria Musica Brazil in Belo Horizonte, capital of the Minas Gerais region.  The festival brought together promoters, managers, festival bookers, production companies and artists mostly from the Brazilian music industry, but also included visitors from Latin America, Spain and the United States.

I had the opportunity to share/build and learn about these peoples’ mundos and projects, all while bonding over some amazing musical performances from some of Brazil’s finest talent like: Gilberto Gil, Otto, Bebel Gilberto, Tulipa Ruiz, 3NaMassa (dub samba electro soul), BNegão (hip-hop band w/ rapper who plays guitar), Thalma de Freitas, Renegado and others!  I also spoke on a panel, but nerves and non-communication with my fellow panelists {and an absent moderator} sort of had me tongue tied with all the things I wanted to share on such a broad topic – AH! – which is a regret of mine because I have so much to say! {can you say public speaking classes for 2011? YES!}

As I meandered and spoke one on one with people {much more my forte}, I met the very amazing DJ Guga who ended up being my partner in crime and helped me navigate the city without speaking any Portuguese.  Turns out we had a lot in common – Guga spins ‘Tropical Bass’ music at a party he throws in Fortaleza, so we liked a lot of the same music.  He turned me on to a lot of Tecno Brega (watch this video to learn more and watch it in action) and a documentary he’s working on called ‘PIRANHA – O Carimbó no Ceará’ with Manu Chao and some classic carimbó traditional guitar players in Northern Brazil.  Check it out:

I also met amazing promoters from festivals in Bahia, Recife, Sao Paolo to Galicia in Spain to Croatia.  I bumped into the always friendly and honest Moose from CMJ, met Patrick Tor4 and Axe.l from the Global Libre crew, and danced my face off!  Everybody was super open and kind – the whole trip was very overwhelming due to language differences and the sheer vastness of Brazil’s music industry and history; but I feel like this is the tip of the iceberg as far as returning to Brazil – think about it, in the next 10 years, both the Olympics and the World Cup will be there – all eyes will be on Brazil and her beautiful culture.  It’s very exciting to be a part of it and witness at this point before the madness begins.

Anyhow, after 3 great days at the conference and one missed alarm clock, I shuffled to the airport {where I shared a flight and conversation w/ Bebel Gilberto} to Rio de Janeiro.  I don’t know about you, but Rio has always been a place I’ve wanted to visit since childhood – maybe the media portrays it with such on-the-surface romanticism – the sugarloaf, the girl from ipanema, etc.  What I witnessed was extreme poverty (there are over 1,000 favelas in Rio alone) to some of the most ‘sophisticated’ neighborhoods I’ve ever seen.   The beaches were beautiful – I was able to soak in the sun, the food, the markets, the music, the nightlife {even a sponsor party or two}, the public transportation system, some counter culture, the people (!) and everything in between.  FEELING VERY BLESSED FOR THE OPPORTUNITY! 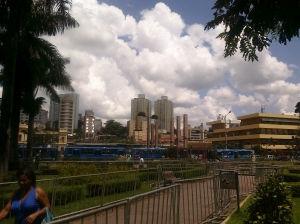 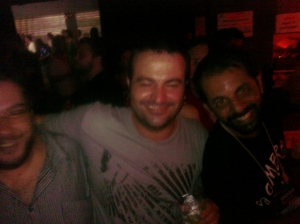 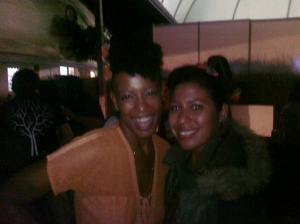 bnegão rocked it at Lapa nightclub in Belo Horizonte 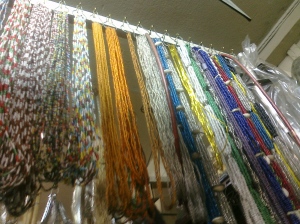 local artisans at a Sunday market in Ipanema 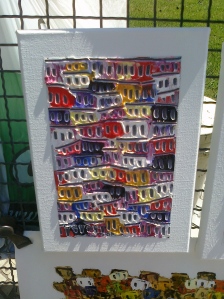 which way to the beach?

just in time to catch the sunset over Ipanema 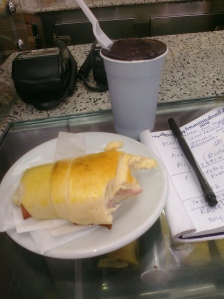 acai for breakfast, lunch and dinner 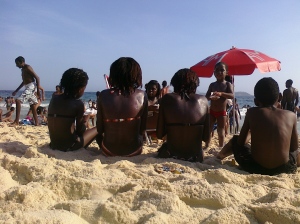 my friends on the beach!

expert in the metro and omnibus!

rode the woman-only car on the metro – refreshing!

orchideario at the Botanical Garden… 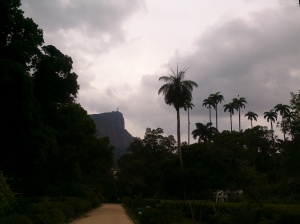 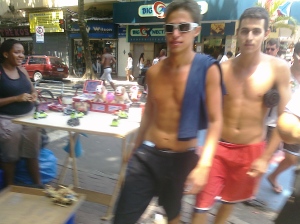 the streets of rio

with more friends – i loved these kids! 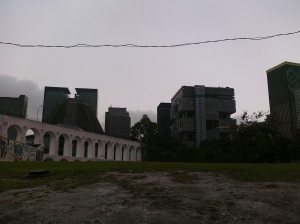 strolling through lapa on a rainy afternoon

love you airport Tony from the Czech Republic who travels the world doing action water sports, for initiating a 3 way conversation while on line bw myself and portuguese-only speaking young lady.  was a beautiful exchange even if none of us spoke the same language and what away to pass the time!