Zuzuka Poderosa has been in Brazil the last few weeks, hanging with family and performing amazing shows in Curitiba (see photos), Sao Paulo (thank you Avalanche Tropical & Dago Donato!) and in Rio with Rio Neurotic Bass. Follow her on Instagram for hilarious and beautiful transmissions from the Queen herself: @ZuzukaPoderosa

Earlier last month, Zu put out the banger “Baile Crunk” citing her inspiration in making it with Miami’s Burt Fox: “The idea of this track is about how South America meets the South of North America mixing the dirty south influence and the lyrics, traveling all the way to NY, making Baile Crunk. ” Rio the Janeiro, Atlanta, Miami, Rio De Janeiro , Tennessee & H- town!”

Spin Magazine picked the song as a “Rap Song of the Week” in mid-January and the song’s been making the rounds while we wait for Zuzuka’s new music coming with Nego Mozambique and others. 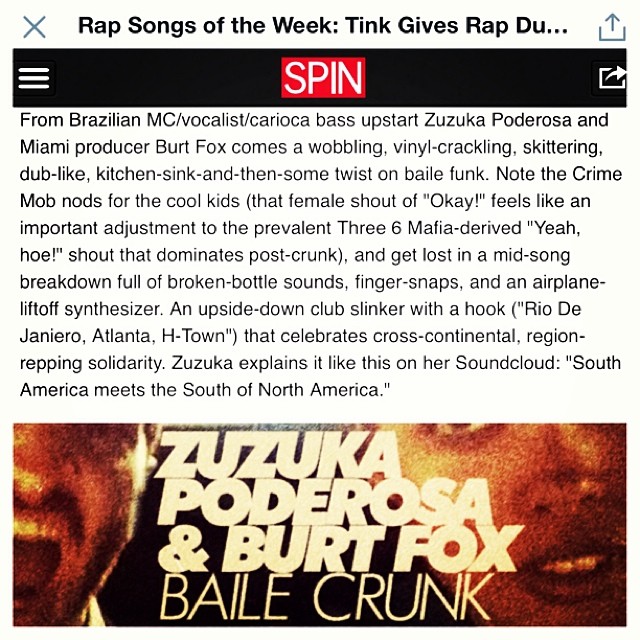 Zuzuka will be playing Lido Pimienta’s Bridges Series in Toronto on February 20th, SXSW in Austin, TX and in Brooklyn in March for a big show, so keep an eye open on Twitter: @ZuzukaPoderosa and Facebook: www.facebook.com/zuzukapoderosa