Coming off a super productive SXSW (watch video recap), Raka Rich & Raka Dun worked on their single ‘Desorden‘ produced by Diplo and The Flexican at an Austin recording studio in between their showcases. 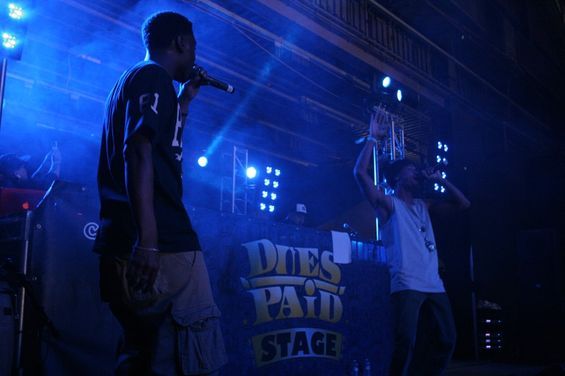 Couple weekends back the guys rocked the Paid Dues Fest alongside Wu Tang, Odd Future and DJ Quik, where the Examiner said after their performance: “Los Rakas music is the next evolution in Latin Hip Hop as they merge contemporary music with an age old struggle for relevance as Latinos and young people in general in North America. “We’re doing this for everyone…White, Black, Asian, Everyone”.”  Some video highlights floating around. 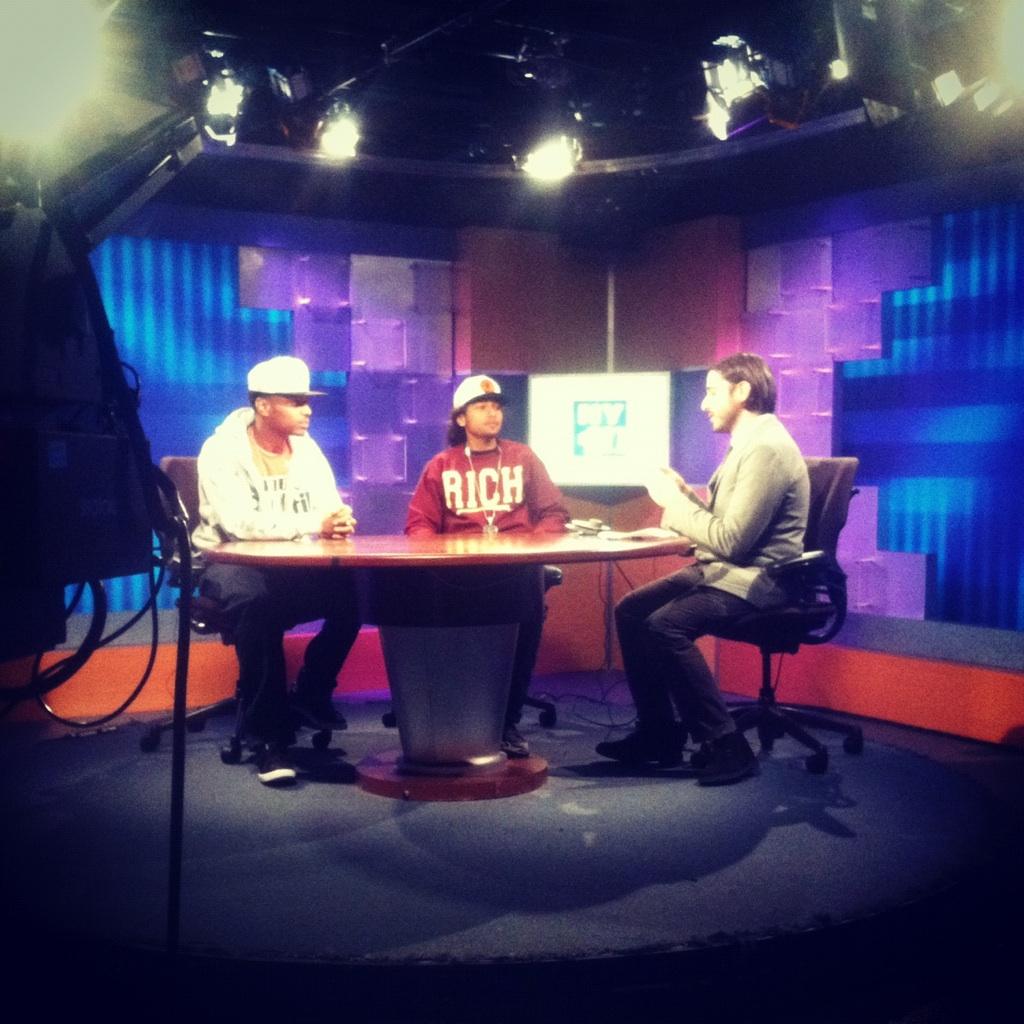 Los Rakas on set for their NY1 interview

While in New York City earlier in the month, Los Rakas shot a TV interview (en espanol) on NY1 with José Simián: “In this interview for Contraportada, the Panama-raised cousins talked about their musical origins, their endless work flow, and the capacity to move from Plena-infused future bass to romantic R&B.” – WATCH IT HERE 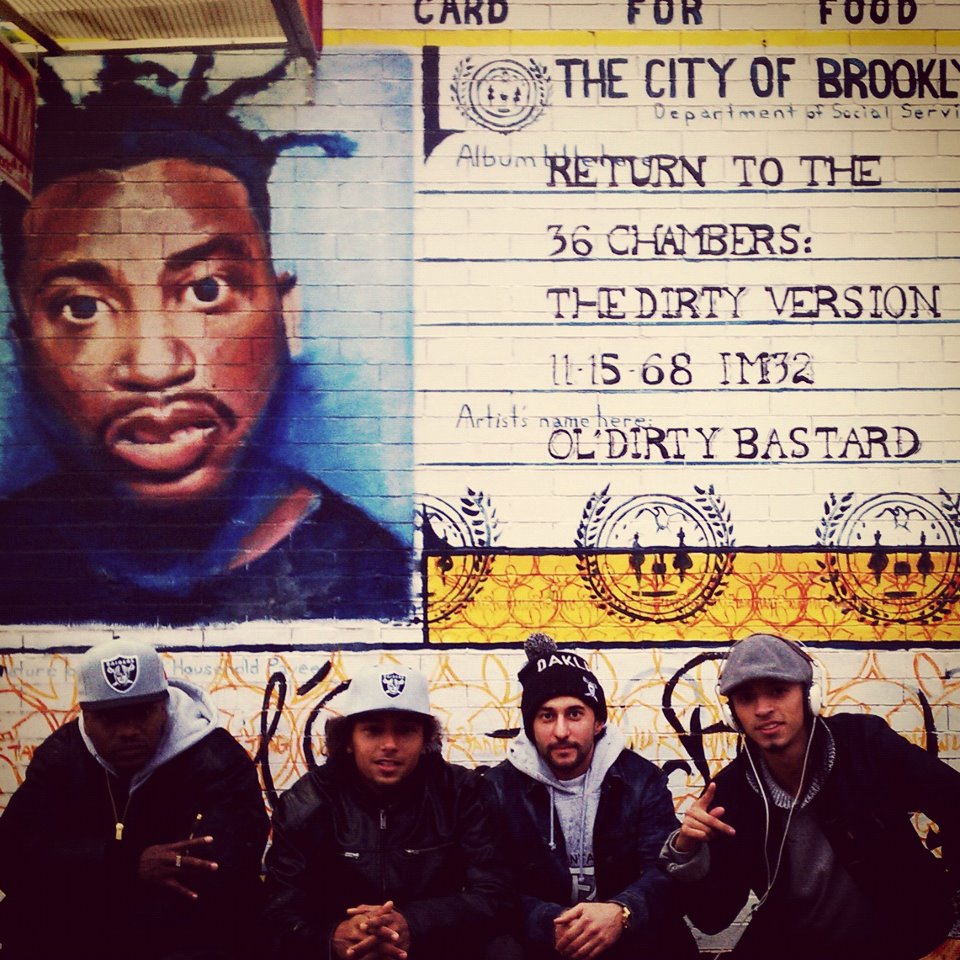 DC-based writer, Marcus Dowling wrote this piece in Brooklyn Bodega entitled, “On Los Rakas and the growing power of Latin heritage in the American mainstream” which is an interesting perspective on a very particular snapshot of cultural cohesion happening in this country.

On Los Rakas’ sound, Marcus says: “…it’s a sound and style that exists and excels in a space that presupposes you’re already aware that Latin culture is a dominant American social force and are interested in seeing just how far that power extends in the new world order.“

Read the full piece HERE – and feel free to leave a comment if you agree or disagree!

Finally, I wanted to share with you a great piece that aired last week on NPR’s ‘All Things Considered’ about what it takes to be an independent artist in 2012.  Los Rakas were interviewed and had some very interesting things to say.  Click on the photo to hear the piece by Laura Sydell. 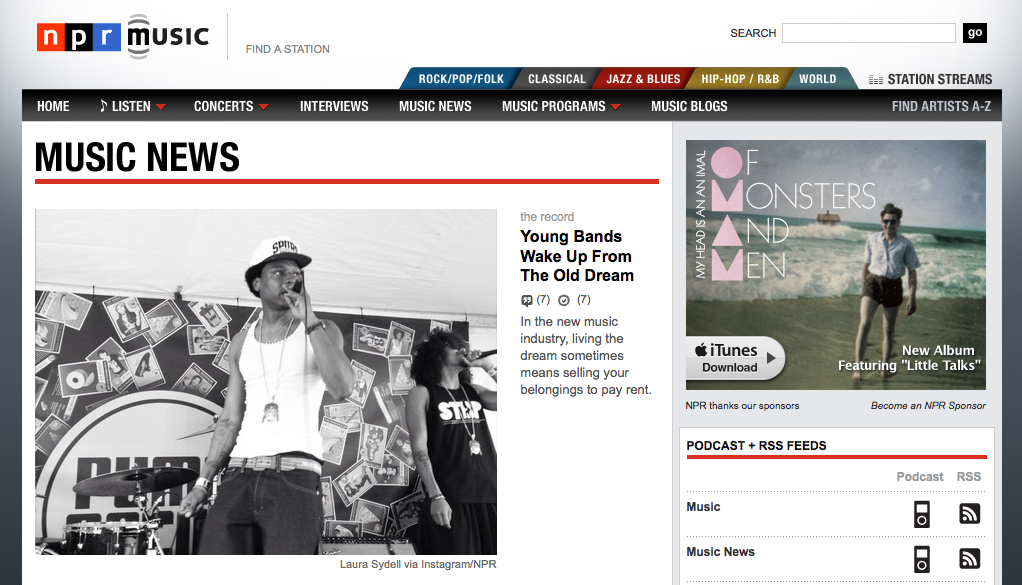 “It’s never been easy to make a living as a musician. But there was always a dream: to become a star on the strength of your talent and your music.”
– Raka Rich in ‘How To Succeed In The Music Business (By Trying Really, Really Hard)’