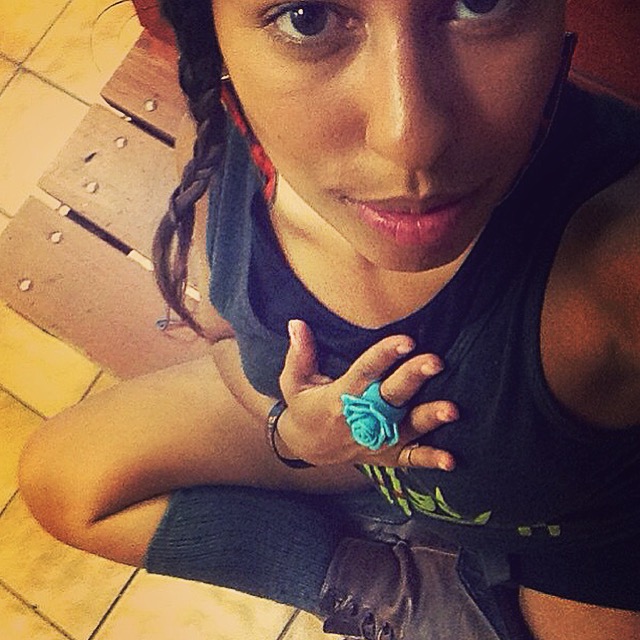 It’s March and my birthday today. I’ve been putting off reflecting on the last year, 2015 – not because it wasn’t an exciting year – but because time goes and it’s been maddening. But, turning 32 is a milestone to me. It marks 10 years of what’s known as adulthood, right? You graduate college at 22 and then poof…YOU ARE ON YOUR OWN. Well, between 22 and 32, I’ve seen and learned so much – 2015 felt like a tunnel from one stage of my life into the next one. Here are my top 15 moments of my 31st year in 2015 – peep 2014, 2013, 2012 and 2011 if you’re curious. Oh and I also did a post on my favorite tunes of 2015, as well: Diaspora Waves Crashing New Horizons. Thank you for reading and engaging! Don’t be afraid to say hello, either: nati@conrazon.interchanges.io

Staten Island lacks free programming that’s global in scope – a result of it’s isolated location and underappreciated profile within New York City – which is something I experienced growing up. Putting together La Isla Bonita Summer Fest with the help of NYC Parks and California organization Sol Collective, plus our loose collective ISLA and amazing Colombian artist Lina Montoya was extremely stressful and ultimately gratifying. We used art for its purpose – to bring people together. All people. Tunnel into the next 10 years I said? I’ve known Sol Collective since my time at Nacional Records. I dated an artist from Sacramento who was the mentee of Sol’s founder Estella Sanchez. She emailed me her band‘s music one day and fast forward to a few years later? Our relationship has unraveled organically. And more importantly, we both agree that the future? Needs better examples. And together we’re taking the risk to imagine new futures through our growing co-op label, artist development model and grassroots touring model, Sol Life. Learn about it here “Art & Music Creators Find A Home At Sol Collective.” We’ll be back in Austin for the 2nd annual edition of #SolLifeSXSW, too on March 19th at Speakeasy Austin – SEE YOU THERE! Check my post about my experience getting Los Rakas & Chicano Batman on Coachella, Wings: What Am I Doing At Coachella?: “Nonetheless, my way of battling doubts, negativity and pessimism was to look at the two weekends in Indio as sport. The game? It’s part observation, part extreme networking, part balls of steel to mingle in VIP industry circles and part vulnerability. I spoke to strangers of all varieties while camping, asked questions, dialogued with gatekeepers & artists (FULL DISCLOSURE: I MET KANYE WEST!) and spoke openly about my view of culture in our current age.“ From a post I did in November 2015: “Los Rakas deserves to blow-up in Latin America. But I also always believed that they could IN** America too. That’s where my passion was for the 4 years I worked with them. The root of that must have been me wanting to live in a world that could love them. So that the world would love me, too. Raka Dun & Raka Rich X Ricardo have been acknowledged as the future by everyone from Coachella to P.Diddy’s manager to Sway Calloway to SPIN, NPR Music, The New York Times, VIBE, etc. I’m understanding though that, we’re not ready here…yet.“ I plan on completely re-tooling this website in the coming year to focus on my publicity services which I’ve been cultivating for almost a decade. Until then, make sure you learn about these dope new artists I’m working to promote – Nani Castle, El Bles & Dio Gahndih. Conrazon does publicity for the modern diaspora. 6. Continued to Experiment With Being In Front Of Camera

Thanks subversal for the opportunity to talk to Chingo Bling. Thank you Sweet Jesus for allowing me the space to co-host Radio Valencia’s Radio Coyote the last 6 months in San Francisco while we’ve been “Smuggling #Diasporadical Sounds Across Borders.” I wrote a piece about my experience and the importance of using our voices in Sounding Out Blog: “Radio Coyote is a San Francisco-based web radio program & podcast I co-host with my friend Jesus Varela, aka Sweet Jesus. Radio Coyote is our effort at amplifying expression which is #DIASPORADICAL – acknowledging movement and humanity in a world alive with ART; most especially of those on the margins who in the current structure, have become the invisible inspiration for the privileged, hardly benefiting from the soul they emit.“ Over 3 million views. Interracial Music Babies. Get the song on iTunes! “Will Oakland Lose It’s Artistic Soul?” There are a lot of connections between the changes happening in Oakland and what’s already happened in New York City, where I’m from. I feel blessed to have called Oakland my home, kick it with beautiful people who are experiencing very visceral feelings about the changes going on and get to know some of the creative spirit that is in this town. There’s much to say but, I truly hope that rumblings of an “Black Business & Arts District” truly does come to life.

10. Gave A Panel On “Creator Kinship” In Detroit At Allied Media Conference

Via KiranGandhi.com: “Three homegirls and I co-created a workshop called Creator Kinship this year. The thesis of our workshop was that there is an opening in the industry now to re-write the rules of success. “She who goes first writes the rules.” Our goal was to a) share hacks with one another to solve certain problems we are each facing in our own careers and b) solve larger problems through an entrepreneurial workshop.” Also check out my summary post on the experience & our Periscope intros. Onwards! 12. Threw An Amazing Party At A Tech Start-Up
One of the amazing parts of this last year being in the Bay Area was getting to bare witness to the tech world first hand. While freelancing for Patreon – an updated crowdfund model & startup – I not only repped the company at SXSW, ASCAP EXPO and Coachella, but also assisted with press for an epic party we threw with Soulection. I’m still absorbing my time working in the tech world and quite frankly, still foraging forward within it. I look forward to continuing to explore how our voices and power can be amplified with tools of the Digital Age. How To Create A Weed Start-up

From a post in 2015: “Lechuga del diablo…get all the way fucking over it. Too many (mostly) melanated in jail over this beautiful thing? I repeat too many who didn’t have a cha-chinging chance making bread and cheese for your Whole Foods ass. Let’s get over it & #SparkTheConversation. These are the new benefactors, buen facts: “Fast Company: This weed subscription service wants to send premium buds to your door” via Pot Box” Also super excited to see where Supernova Women – a new advocacy group for women of color in Cannabis – grows! 14. Organized An Activist Art Show With A Direct Purpose

Local is global. The personal is political. I curated a show on Staten Island, steps from where Eric Garner’s fatal arrest happened in 2014. We healed. We smiled. Through poetry, crystals, massage, music and art. We donated money to Ramsey Orta. Community brought donation wine. Eric’s baby daughter Legacy Garner was gifted a portrait of her father. We had art from not only Staten Island, but Texas, Oakland and Chile. The best compliment we could have received was from an Oakland-native who came to Staten Island that night and later told me, “that basement felt like Oakland.” Freedom. Just. Us.