I really love reading other people’s thoughtful thoughts on all these new sounds coming out of the worldwild!  Friend, confidant and Inspiration Archive-comrade Marcus K Dowling recently wrote some reflections after seeing Zuzuka play Forward DC a couple of weeks back.  It made me think a lot about what Zuzuka Power Music could mean to a lot more people.  As we forge on doing it ourselves and growing the team, it’s thoughts like these that fuel the fire beyond the fuego I personally get from watching Zuzuka touch people during her live show.  Check it out: “I’ve yet to meet a journalist (myself included) that can accurately describe what Brazilian-born and Brooklyn-residing Zuzuka Poderosa’s “carioca bass” sound is all about. What’s more important to me about her is that she leaves it ALL on stage in her desire to make “interracial music babies” – a visceral notion about the power of music that touches everything that drives my desire to learn about and appreciate all music, from “earth mama” theology to the power of the drum and the power of the funk. Zuzuka’s developing as an artist, but it’s her passion that makes her great and creates the space for her to grow in acclaim. There’s literally no other artist like her on the planet – and ultimately, there never, ever will be. Being an artist and being able to understand the power in that uniqueness allows an incredible creative space to develop – one that Poderosa currently occupies, and does so with a heightening of excellent results.

Rare are the times when you attend an event and the moment you needed is the moment that happened. On this night at Forward, the magic of being in the right mental and emotional space occurred. At present, there’s no more connective moment between artist and crowd than when Zuzuka Poderosa drops it low and screams “Dip dip, motherfucker!” as Dillon Francis’ remix of Bingo Players’ “Dip” is dropped. It’s the climax of a show where Poderosa introduces us to herself, her heritage and her idea of the universe, then condenses it into a simple command. In Zuzuka adding a strange – yet entirely human – propulsive element to “EDM,” it really takes things over the top.” 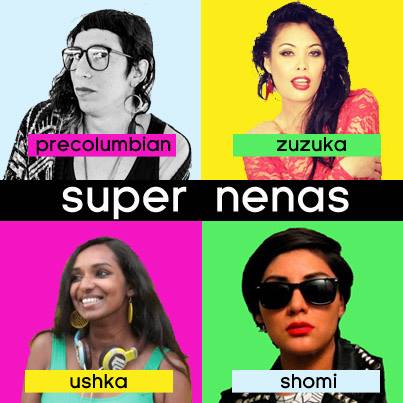 In related Zuzuka news, I’m super grateful to Thanu (aka Ushka) for introducing me to the ladies behind Azucar! – A Queer Latin Dance Party.  They invited Zuzuka Poderosa to perform tonight and honestly, I can’t think of a better way to spend my Saturday night in the company of my women my women who love, truly love themselves.  We’re gonna dip muthafucka!

Finally, it was just announced that Zuzuka will be playing some Europe dates with the great MPC-wizard, Nego Mozambique.  First up is November 1st for Oslo World alongside Baloji (I did his NYC debut with Blitz the Ambassador’s MVMT team!), Owiny Sigoma Band (I LOVE THIS REMIX ‘Quantic’ did) and more.  Then November 2nd she’ll head over to Stockholm to play the awesome venue, Soda Teatron – also with Nego Mozambique. We’re looking to book more dates, so get at me! 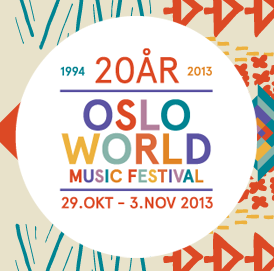 And it’s super worldwild to read Zuzuka’s bio in Norwegian, that’s for sure: 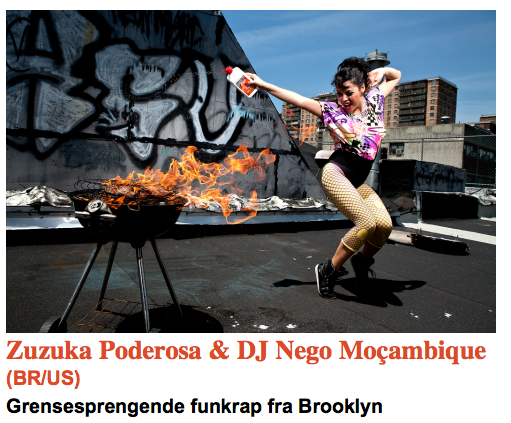