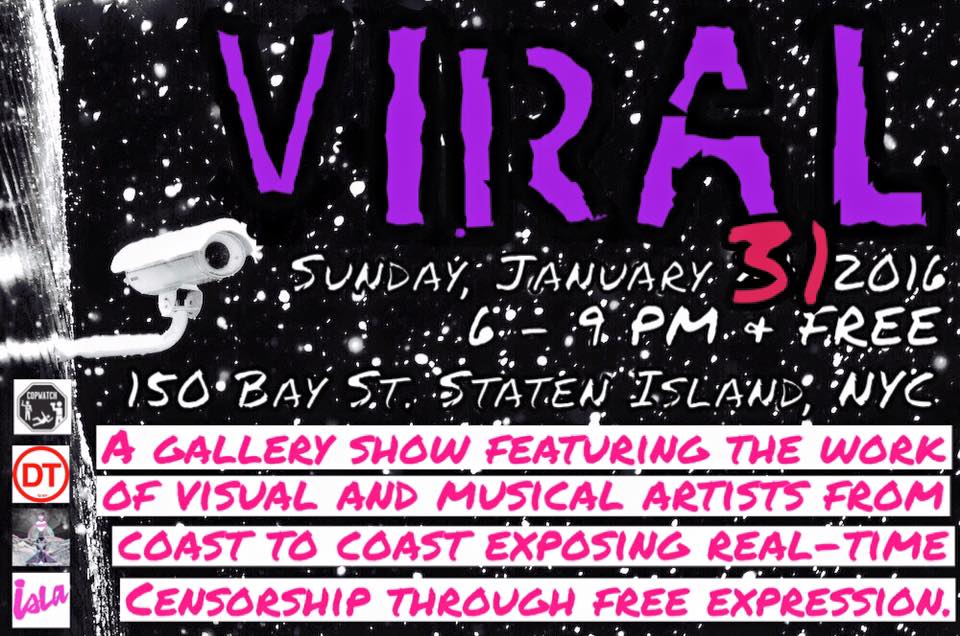 I’ve been in New York City since early December – re-connecting with friends and colleagues based in my hometown, throwing a holiday party with client Seven Seas Music (photos here), and plotting an art show I’m super proud to present to the world from Staten Island. 40+ artists from not only Staten Island, but Oakland, Texas, Chile and beyond have agreed to contribute to this Sunday’s VIRAL, which is being organized through an arts collective I’ve founded, ISLA. Follow us on Twitter: @ISLAstaten

Via Remezcla:
“In these times of rampant police brutality and wavering accountability for abuse of power by the cops, a mass of visual artists, musicians and poets are gathering to take survey of modern day censorship. They want to investigate how free expression can be a potential gateway to healing and ultimately safer communities. The catalyst for Viral was the 2014 death of Eric Garner at the hands of police, and the subsequent police harassment of Ramsey Orta– the Staten Island man who filmed the fatal incident. Artists include street art queen TooFly, Kool AD, Bunny Michael, Cekis and many more. There will also be poetry readings, pop up shops by Stereotype Co and Lune Innate and performances by The Peace Poets and Nani Castle.“

Via Staten Island Advance: “Can Love Go As Viral As The Eric Garner Video?”